E.H. Schwab sees the opportunity to reduce cost through design and tolerance modification in non-critical areas on many projects. Involve us early in the design process and see the savings for years to come.

Thursday, January 04, 2018
Metal Spinning is defined as the process by which a metal disc or tube is rotated and formed over a pattern into an axially symmetric finished part.  Oftentimes metal spinning is loosely compared to  forming pottery. . . but on a lathe.

When E.H. Schwab was established in 1929, all metal spinning was performed manually on wooden tools machined in-house.  Spinning lathes were essentially modified machine lathes and forming tools were anchored underneath a workman's arm.  The raw material would then be gently pushed back and forth until it took the shape of the wood pattern. 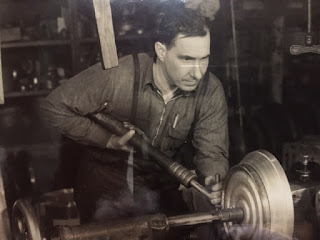 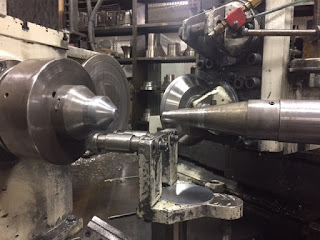 Whether it's manually spun prototypes for development or high volume production runs requiring CNC capabilities, metal spinning remains at the core of what we do.  Do you have a requirement for metal spinning?  Let's talk!
Tags: Aluminium CNCspinning EHSCHWAB Manufacturing MetalSpinning Monroeville Pittsburgh Stainless Steel

For assistance with optimizing
part design or quick prototyping.
Submit